70kms outside of Leinster

The Marriott Project is located 70 kilometres southeast of the nickel mining and processing centre of Leinster, and 80 kilometres from Leonora. The project comprises a 100% interest in a single mining lease (M37/96), owned by Norwest Minerals Limited.

The Marriott nickel resource is defined by 79 vertical diamond drill holes completed in 2007 and no mining of the sub-outcropping deposit has been undertaken to date.

The Marriott deposit lies within a lithological area of predominately mafic and ultramafic rocks. The nickel sulphides mineralisation is hosted within a central equigranular meta-peridotite unit and sits above the basal contact with meta-gabbro. There are three north dipping sub-parallel shoots, with the main lens or central shoot being the most extensive of the three. It is considered that these shoots belong to individual flow units. The nickel sulphides occur as coarse interstitial blebs, or as fine disseminations, flecks and stringers in the equant olivine peridotite and minor amounts in the underlying skeletal peridotite

The Marriott prospect was named after the prospector who first discovered the gossan in the area. The Mount Clifford area was actively explored by Western Mining Corporation (WMC) from 1969 to 1971 resulting in the discovery of the three mineralised shoots at the prospect. Diamond drilling was undertaken at Marriott during this time by WMC on a 40m x 40m pattern.

Hyland Geological and Mining Consultants (“HGMC”) was engaged by Norwest in late 2019 to create a new Marriott block model and prepare a nickel resource estimate. The new HGMC resource was completed on the data shown in Table 1. 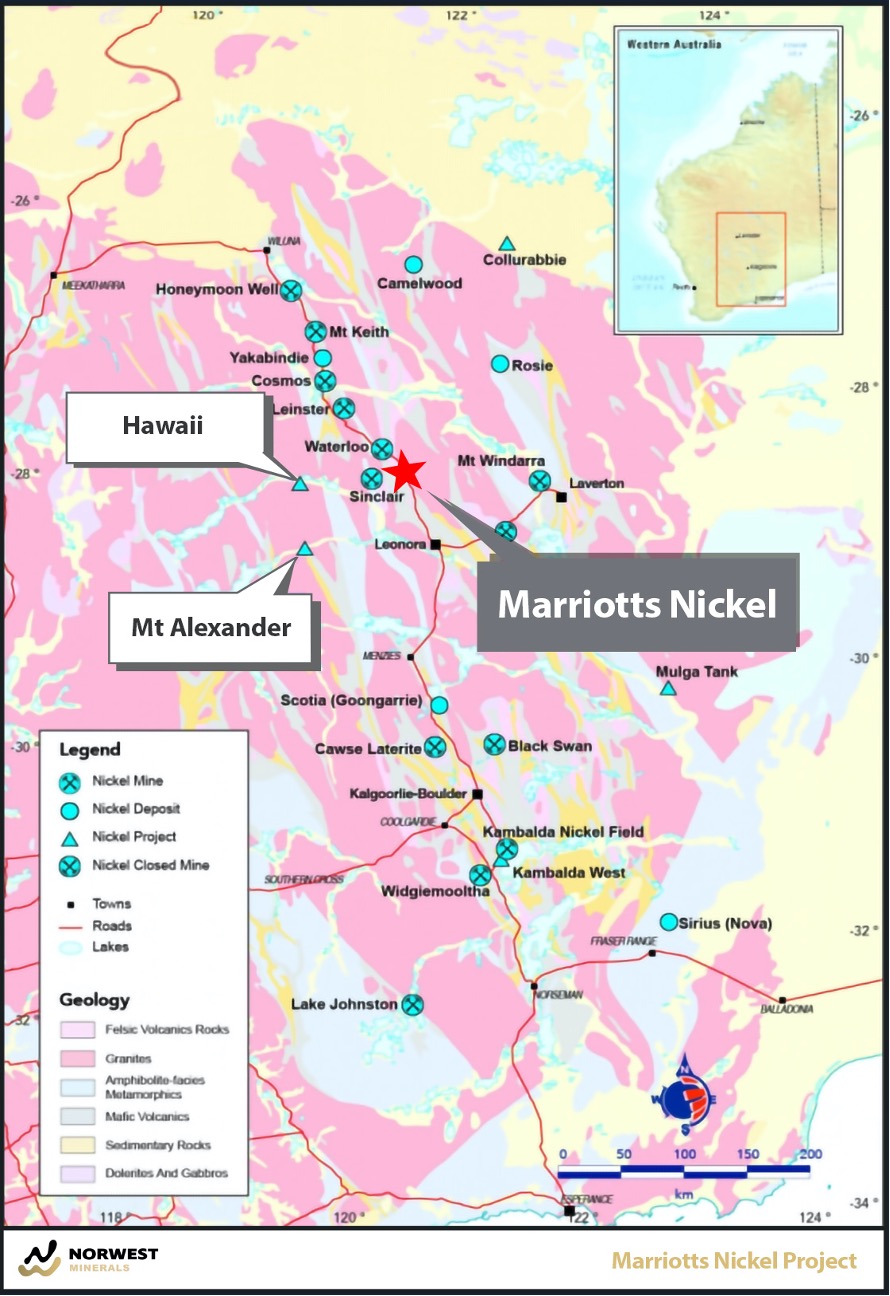 Local geology of the Marriott area 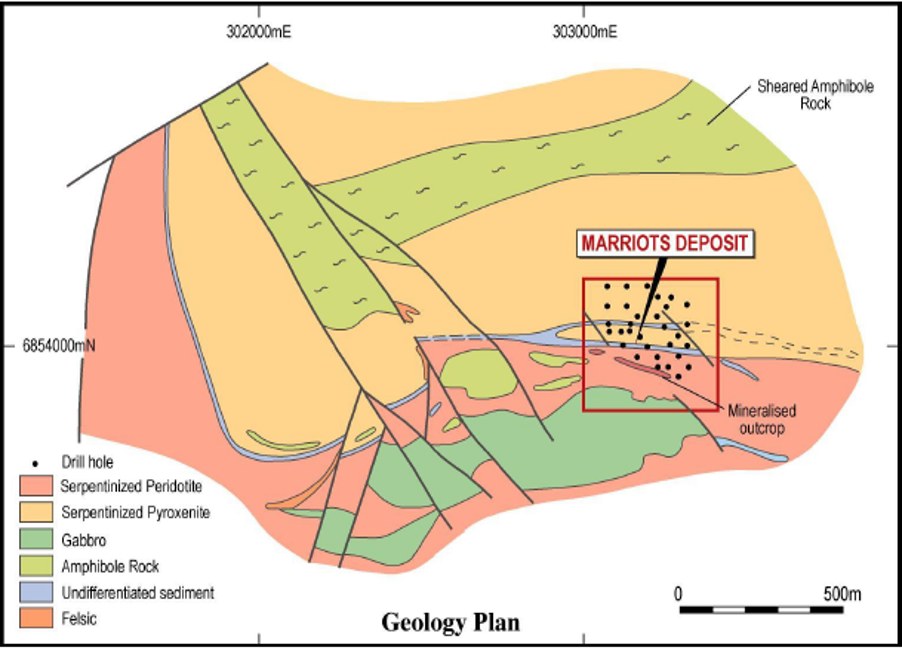 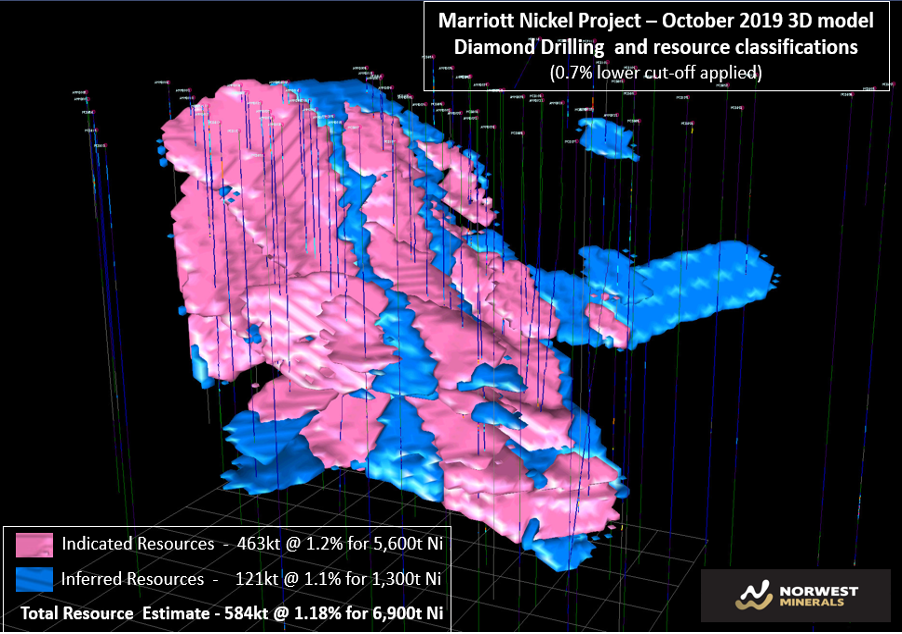 Modelling of the entire Marriott nickel drill dataset was undertaken by HGMC using MineSight software to construct the block model wireframes and run geostatistical and variography calculations. Kriging algorithms were applied to determine block nickel percentages and resource confidence levels. Details of the nickel resource modelling and resource calculations are included in the JORC tables at the end of this announcement.

The JORC 2012 compliant Mineral Resource for the Marriott Nickel project applying a 0.7% nickel cut-off stands at:

In March 2022, Orelogy Mine Consulting (“Orelogy”) were engaged by Norwest to run preliminary economics for a mine, truck, and process operation considering Marriott’s close proximity to a number of operating nickel processing plants. This included toll treating 1 million tonnes for 12 months at a plant approximately 70kms from the project. Orelogy employed the latest pit optimization software using the 2019 HGMC block model and 2022 industry cost figures. The work showed at current nickel prices (~US$13 to US$15 per pound) that Marriott has the potential to recover ~5,900 tonne of nickel.

Norwest is considering its Marriott exploitation options with regards to a partnership or sale arrangement with those parties having processing capabilities or assets in the area.