Norwest holds 100% of the highly prospective Bali Copper Project located 75 kilometres west of Paraburdoo in Western Australia. The Bali Project includes an 8km long shear being a major faulted zone proven to host copper, lead, zinc and silver mineralisation.  The complex history of the Bali Shear combined with interaction of earlier structures has resulted in mineralisation within and adjacent to the Bali Shear. Small-scale copper mining occurred in the 1950s and 1960s.

The prospects have been lightly drill tested with most holes being less than 30 metres deep and returning intersections up to 6m @ 7.2% copper. Drilling was last undertaken by Barrack in 1989. The potential for the shear zone to host copper and/or other base metals at depth has not been tested.

In 2018, exploration by Norwest included mapping along the Bali Shear Zone and the collection of 87 rock chip samples from the Bali Hi, Bali Lo and Bali East prospects. Along the surface, the potential for high-grade copper mineralisation was evidenced by visual copper associated with gossans. Assaying of the rock chips resulted in 33 samples reporting above 5% copper, 17 samples returning an impressive 10% copper or greater and a best recorded sample assaying at 36.8% copper. The copper grades of all 86 rock chip samples averaged 6.3%.

Historic drilling work along the Bali Shear Zone targeted copper, lead, zinc and silver mineralisation at Bali Lo and Bali High. No drilling was carried out at Bali East. The drilling was undertaken by groups including PMI (2 diamond holes in 1968), Esso (20 percussion holes in 1977) and Barrack (16 RC holes in 1984 and 21 RAB holes in 1989); a total of 59 holes for just 2,379m. Drill intercepts include: 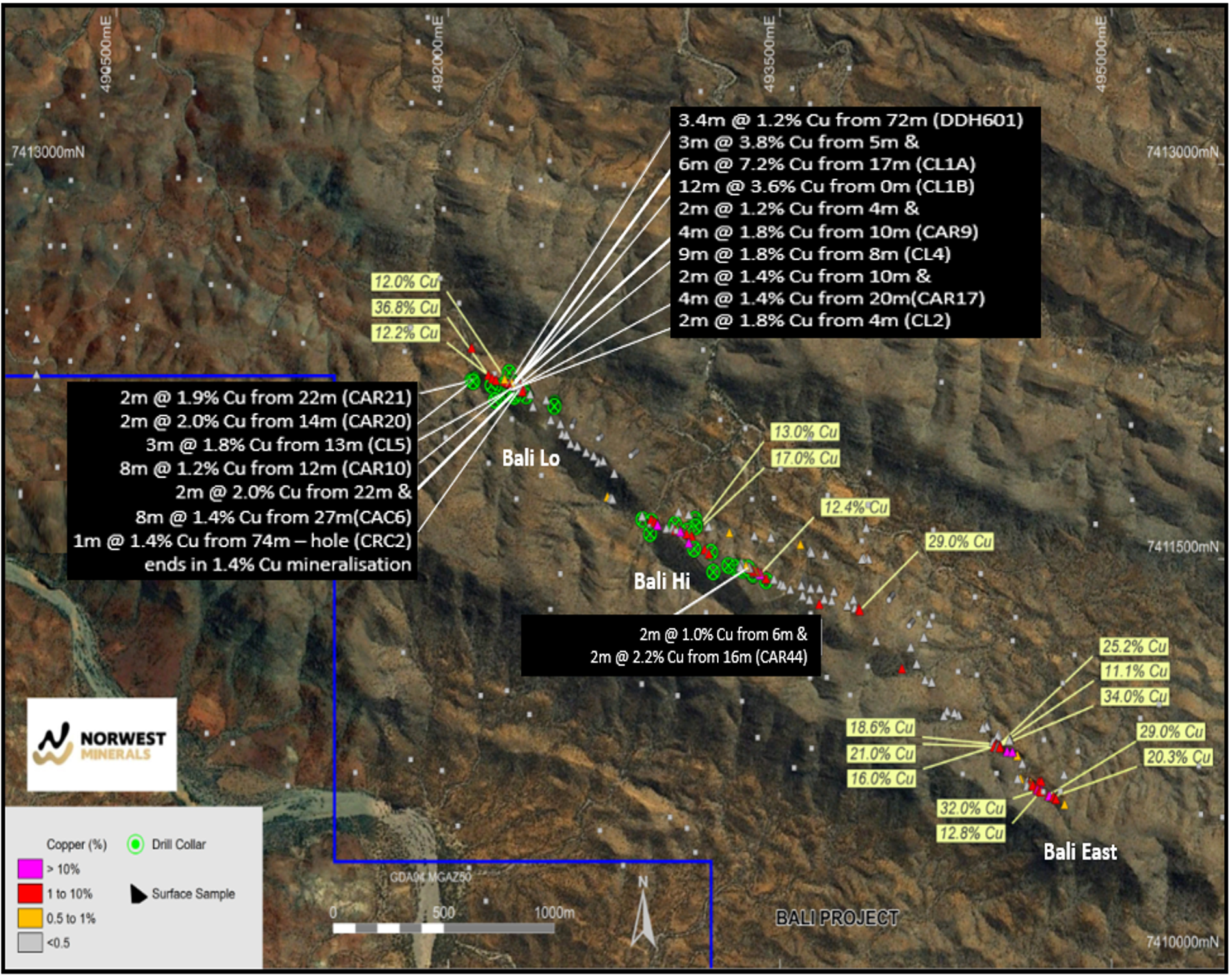 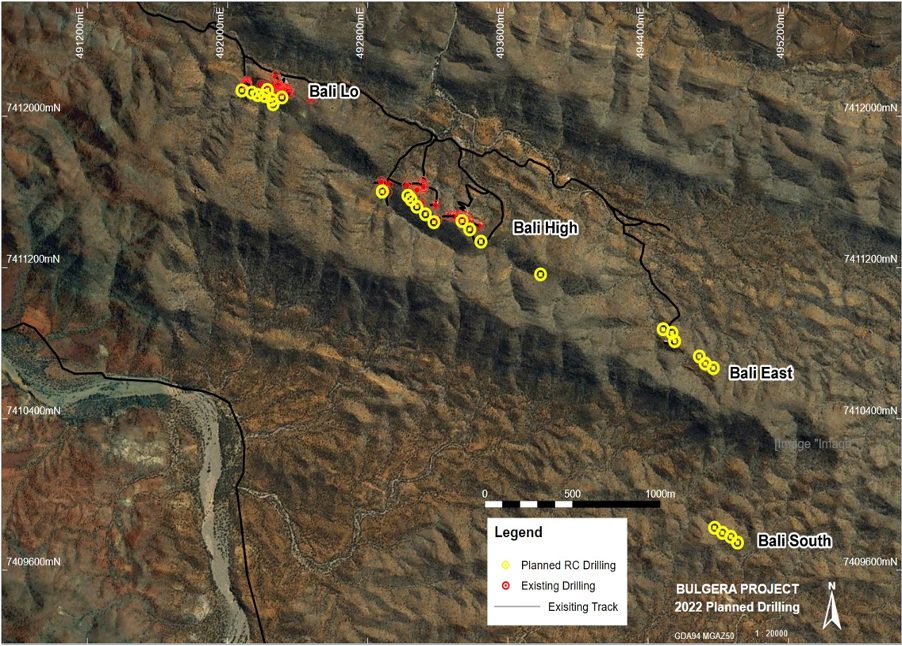 The majority of holes from past drilling on the Bali shear only tested for mineralisation down to 30 metres.  As well, additional structures mapped in the project area trending adjacent to the mineralised Bali Shear Zone were not tested by historic exploration work.

In May of 2021, the full Bali surface sampling and historical drill dataset was analysed by an independent geochemist. The work confirmed the strong prospectivity for copper mineralisation in the areas previously sampled as well as many untested zones along and away from the main Bali shear.

Recent analytical results were used to drill-target the more prospective copper areas at Bali including the Bali Hi, Bali Lo, Bali East and newly identified Bali South. Note: Bali East & Bali South never drill tested. The potential for the shear zone to host copper and or other base metals at depth will be tested by a 30 hole, 4,000m RC drill programme in Q3 2022. See maps above.